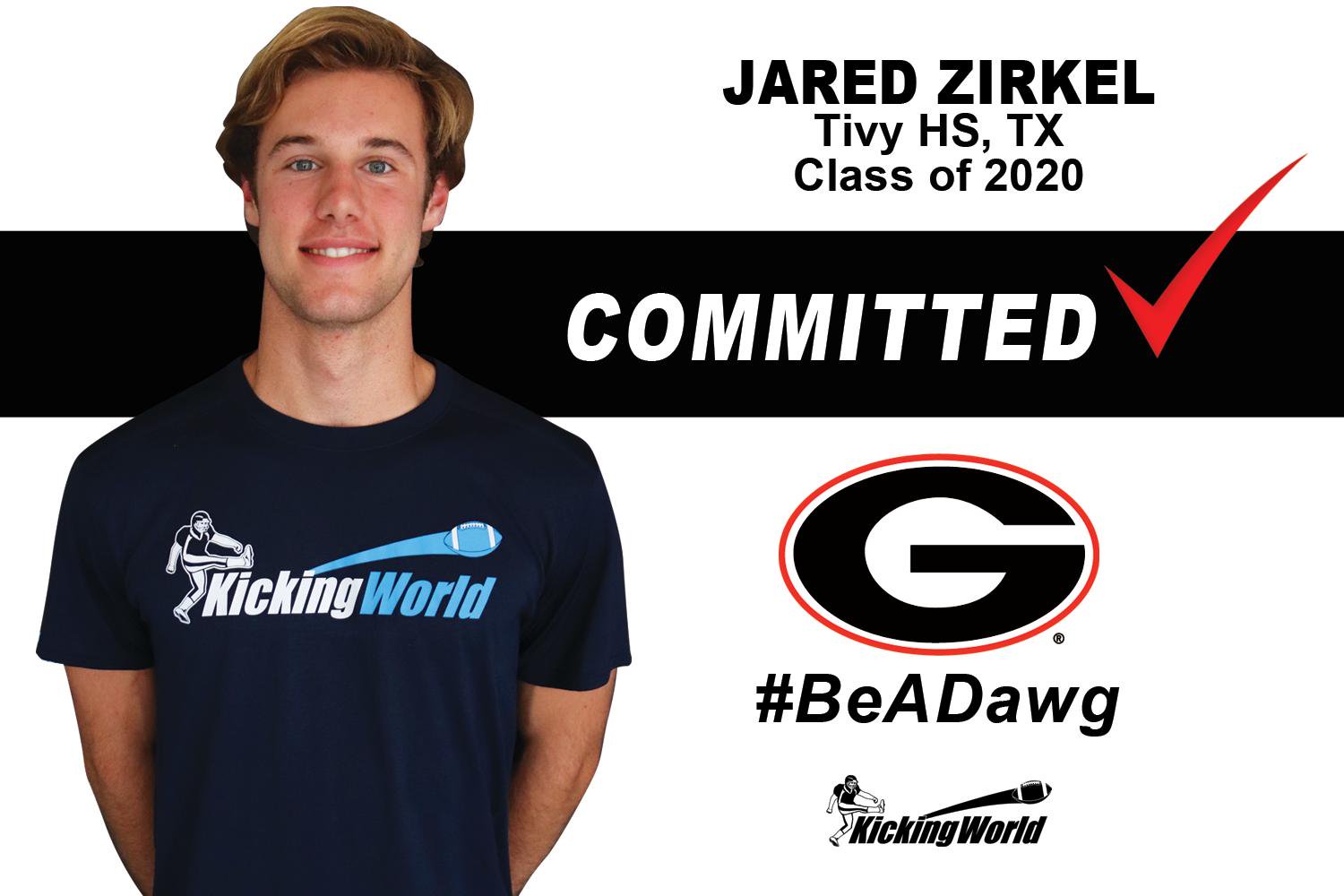 Long-time student Jared Zirkel, who has trained under Coach Brent Grablachoff since middle school committed on full-scholarship to the University of Georgia. In the last 5 years, Georgia Football has solidified itself as a top contender for the College Football National Championship. They play in a very tough SEC conference having to compete against Alabama every year which has been the most dominant college football team this decade.

Jared will replace beloved Georgia kicker Rodrigo Blankenship who has amassed quite the Twitter & Instagram following and his hashtag #RespectTheSpecs commonly trends during the college football season.

Several newspapers from across the country interviewed Brent Grablachoff and Jared and it was a very exciting summer for the two as publicity peaked hours after his verbal commitment.  Check out some of the really nice articles sports writers put together about the big news:

Rivals reporter Jake Reuse
What is UGA getting in placekicker Jared Zirkel?