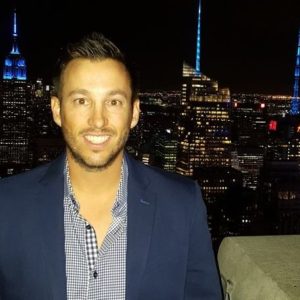 Brent Grablachoff is an entrepreneur, coach, and author. He wrote a book and authored 2 DVDs, as well as developed an app for iOS and Android. He enjoys football, fishing, golf, snowboarding, and the outdoors. He also likes to go out to eat and travel. He lives in the city of Austin in the great state of Texas but is originally from NJ and also spent close to 9 years in San Diego, CA.

Brent Grablachoff spent over 5 years in the sales & marketing world leading tech startups in roles as Director of Marketing and Business Development. His true passion and calling have always been coaching, teaching, and entrepreneurship. He started his own company called Kicking World and ‘Coach Brent’ has been running events since 2008. He heads up a team of over a dozen coaches and support staff who see over 1,500 students a year through their camps and private lessons.

Visit kickingworld.com for more info about Coach Brent Grablachoff and his national football kicking/punting camps. You can also check out his Crunchbase and LinkedIn professional profiles.